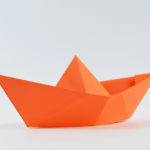 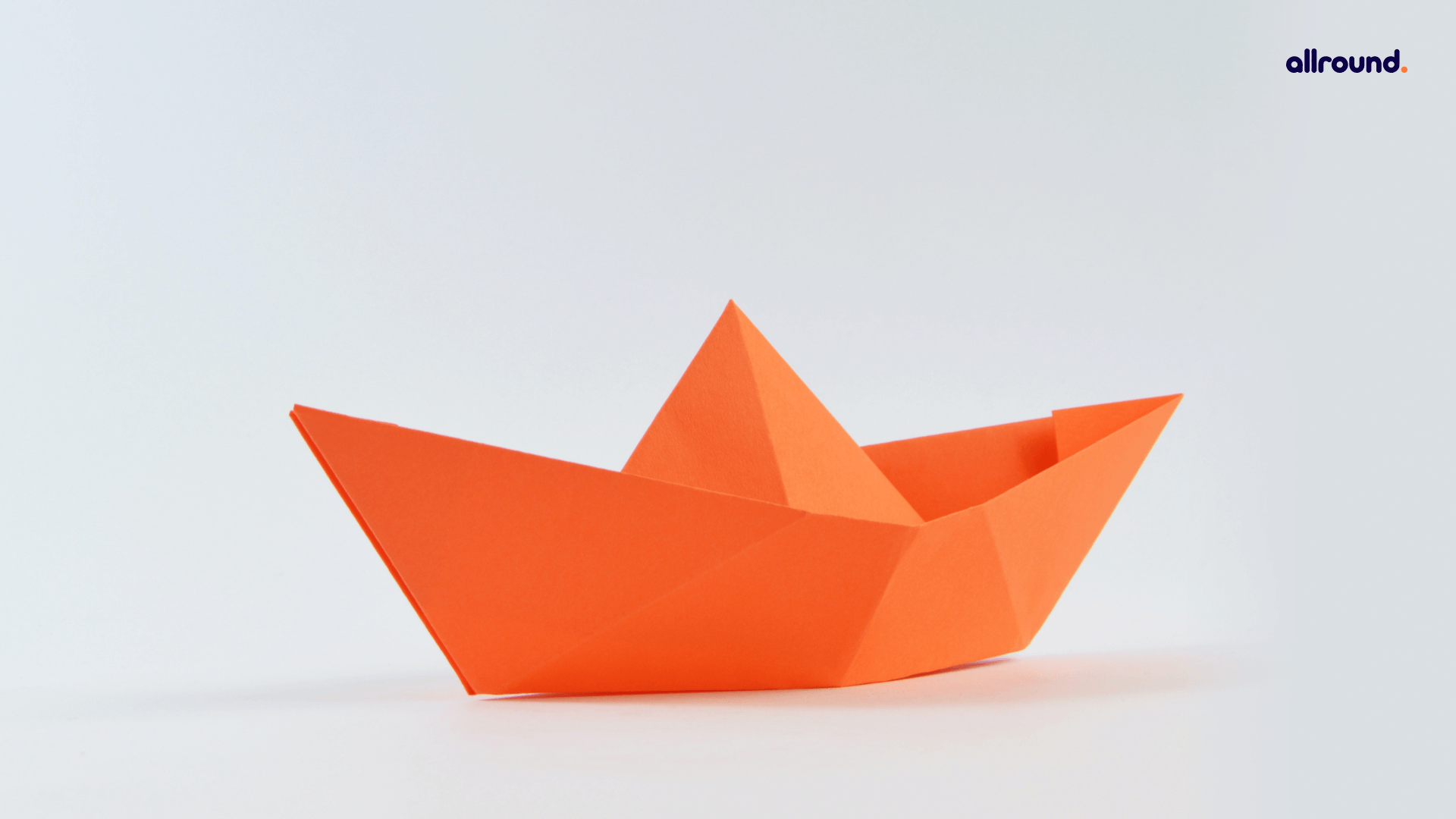 An experience of transforming a mere piece of plain paper into a shape that your kid can possibly reckon is truly enjoyed by parents and little ones alike.

At the start, you can begin with paper folding activities for your little ones or think of some easy to make origami designs with a bunch of vibrant colored papers.

Not only will your paper cutting and folding efforts attract the attention of your toddler but will also make it a fun activity! Apart from learning a new skill, they’ll get to learn how to follow instructions, increase their manual speed and produce decorative end products.

Let’s try to understand this concept with the help of an example. Suppose you have a square sheet of colored paper. Now what you can do is transform it into almost anything imaginable and that too without even picking a pencil or pen. Isn’t it amazing!

7 Activities to begin with

In order to make an origami based boat, you need to take a rectangular origami paper and fold it in half. The next step involves folding the sheet partially in order to make a crease on top. Then you need to fold the upper two corners to form a triangle. After forming the triangles, fold both the bottom layers of the paper upwards. This would help you to give you an origami hat shaped look. The next step is to bring the corners of the brim of the hat towards each other.

Furthermore, you have to take the lower corner of the square and fold it upwards. And reverse & do the same for another layer. By doing this, you will get a folded triangle. After this, simply pull the side outwards and flatten the piece. A square will be formed after this.

At last, just pull the top parts outwards to make a boat.

To play with your origami dog, take a square of origami paper and fold it to make a triangle. After this, fold the top two corners of the triangle to make the dog’s ears. The next step involves folding the upper layer of the bottom corner up to make the dog’s nose. The final step is quite easy though! You just need to draw the eyes, nose, and tongue to complete your dog’s face!

Designing a hat is quite cool. Isn’t it? Let’s gather some colored papers and make a bunch of hats. For making paper hats, you need to take a rectangular origami paper and fold it top down. After this, simply fold the bottom edge and crease well. The next step requires you to fold the two corners towards the center.

Furthermore, just fold the upper layer of the bottom layer up to the base of the triangles. The same layer needs to be folded again and creased well. The final step involves turning the paper over and doing the same thing with the other layer. You are almost done with your hat! Just open it directly to form a hat.

Christmas is almost around. For making your own cute Santa Claus, you must collect a 6-inch square red origami paper. Once collected, use a pencil to draw the crease on the white side of the sheet. For a rough idea, remember that the crease should be 1.75 cm from the bottom left of the edge and 5.5 cm from the top right edge. Furthermore, just fold the paper along the dotted line.

The work isn’t done yet! Next, you need to draw a line approximately 2.5 cm from the bottom right edge and make a mountain fold.

Finally, just rotate the paper in a clockwise direction.

Fortune teller is a paper activity that is almost in a craze, no matter what age you belong to. For making an origami fortune teller, you need to take a 6-inch square origami paper and fold it to make a triangle.

In step two, just fold it again to make a smaller triangle. After folding everything, you’ll observe a paper with an X crease.

The next step involves folding every corner towards the center of the square. After this, you’ll finally be left with a smaller square. Just turn the paper and fold the corners to the center of the square. Undo the previous fold back to normal by unfolding the bottom edge up to the top and the left edge to the right. As the last step, design the names of the colors that you would like to add to the outside flaps. On the inside flaps, just write the numbers and fortunes.

Origami Fan is a fun thing to play with. You can flaunt your super amazing fan designed by none other than you.

For the instructions, you need to take a 6-inch piece of bright origami paper. After doing this, just fold 1 cm of the paper from the white side up. Later on, you need to flip and fold 1 cm of the paper again. But just make sure to line up the edges at the bottom. At last, you’ll have to repeat all the steps until you fold the paper completely and until you open up the fan and get some cool air with your dope fan!

To make an amazing airplane, you need to take a rectangular origami paper and fold it down the middle. Once you do this, simply unfold it to make a crease.

After this, focus on folding the corners towards the ridgeline. The next step involves folding along the crease line to form the body of the airplane. At last, you need to fold the wings down, one by one and then unfold to create your paper airplane.

It is always helpful to start fresh and slow, besides the fact that children learn fast. They’ll be able to grasp basic concepts pertaining to paper folding that are very clear to them.

Apart from the above mentioned paper folding activities, you can also refer to other paper crafts as well. For instance, making easy shapes like a paper cup for drinking, a sailboat or a ladybug too! Once your children learn to make this craft and master in this field, you can gradually move on to some more complex shapes and designs.

Is your child someone who loves exploring various fields and activities? If that’s the case, then adapting to a boring, flat piece of paper into a 3-dimensional shape will work wonders for their creative instincts! If you are a mom or dad, then watching your child’s eyes light up after completing an origami would prove to be priceless.