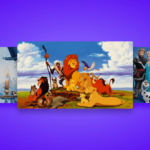 Home » Music » Top 10 Musical Movies To Watch With Your Kids

Top 10 Musical Movies To Watch With Your Kids7 min read 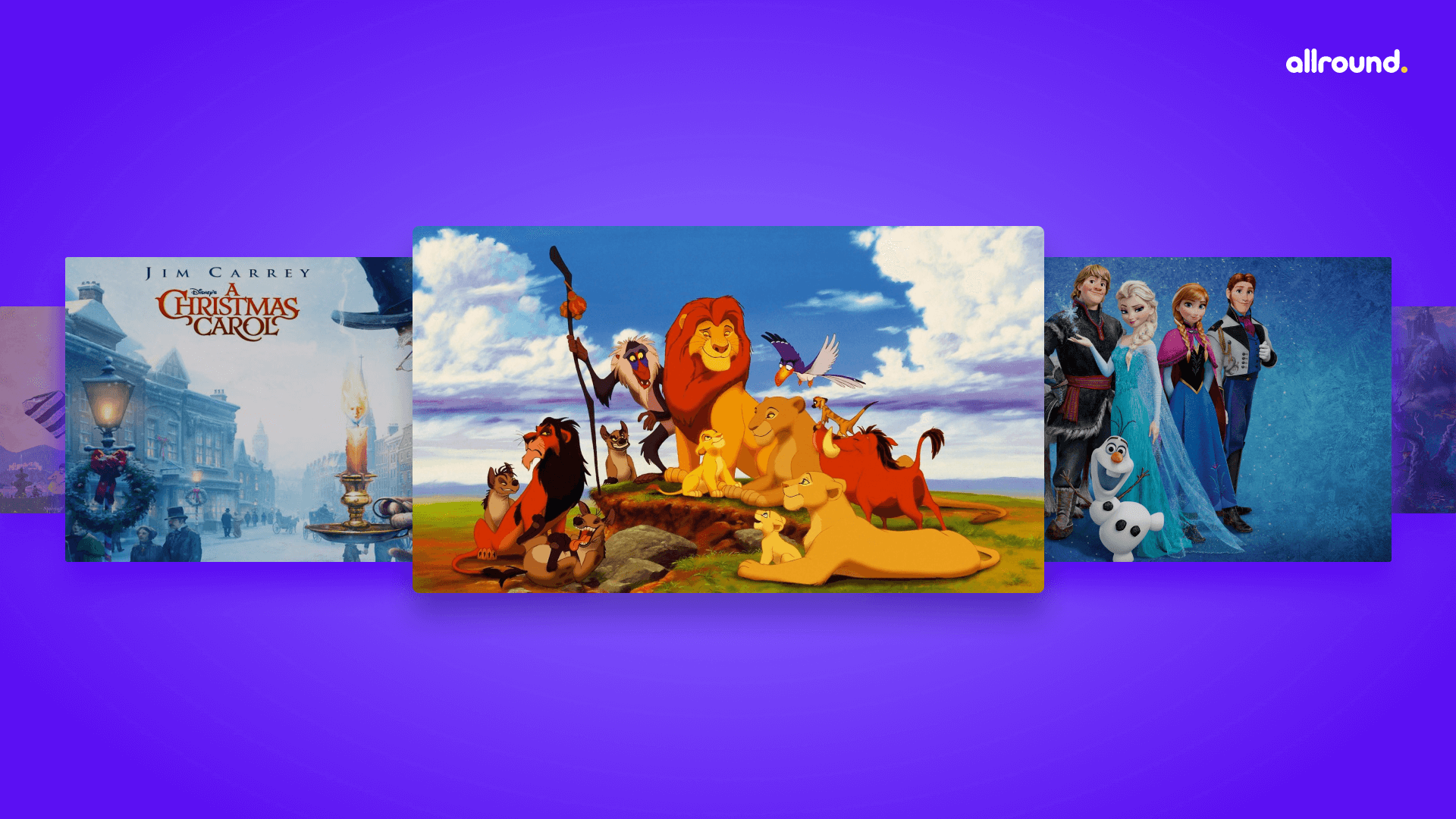 Top 10 Musical Movies To Watch With Your Kids7 min read

Musicals are an essential part of theatre and cinema, and while they may not necessarily be everyone’s cup of tea, there is no denying that they’re still pretty awesome. If you are a parent who wants to introduce your kids to movies, we suggest that you start with musical films. Children love anything that has song and dance in it, and musical movies are exciting in what they offer.

How Does Watching Musicals Benefit Your Child?

Watching musicals will help your child to learn and improve on their manners. Children tend to get inspired by protagonists, which leads to them imitating the positive behaviors that they see. Although you may not realize this, musical movies are an excellent medium for your child to learn character development and life skills.

Since singing is an effective way to learn new things and musicals have a lot of songs in them, your child will quickly pick up on new vocabulary that will benefit them and set them apart from the crowd. Introducing your kids to the world of musicals at a young age will also assist them in creative thinking and provide them with an emotional outlet.

Finally, most musical films are just wholesome and filled with music, humor, heart, and soul. And if you want your child to have fond memories to look back on when they grow up, then watching musical movies with them is the way to go!

What Musicals Should You Watch With Your Kids?

Now that we see how beneficial musical movies can be for children, let us look at the best musicals to watch with your kids and family.

The Top 10 Musical Movies to Watch with your Kids are:

Although there are so many more amazing musicals out there, we knew that if we had to pick a top 10, it would have to include the ones listed above!

The Sound of Music will ring a bell for any music lover. This is one of the most well-known and loved musicals and something that your whole family will enjoy watching. Released in 1965, it is based on the life of Maria von Trapp – a simple nun who is sent as governess to the many children of the widowed Captain von Trapp. The movie is set in Salzburg and has beautiful scenes and lots of humor that your kids will love. The protagonist, Maria, is played by the famous Julie Andrews, who brings enormous radiance and love to the family in the movie and to everyone who watches this film.

Originally a novella by Charles Dickens, A Christmas Carol is a beloved tale of Ebenezer Scrooge – a grumpy and stingy old man who likes to be by himself and hates the world. This is before something happens on the night before Christmas that changes his world and his nature forever! We’re not giving away spoilers, but this is a musical movie that you must watch with your child! It highlights the importance of family, tradition, generosity, and forgiveness and has a lot of values that your child can take away. Although there are various versions of this film, watching the musical performance is a different experience altogether.

The Wizard of Oz is another great musical movie for your kids. The storyline is based on L. Frank Baum’s novel of the same name. Follow the adventures of Dorothy and Toto along with other endearing fantasy characters in this musical world and let your child be mesmerized. The original novel became a children’s literature classic, and its legacy continues in a musical movie. The Wizard of Oz brings out childhood insecurities and paves the way for the characters to overcome them. This is a film that will help to improve your child’s self-awareness and emotional intelligence.

The Lion King is a classic musical movie loved by one and all. The film’s setting is the Pride Lands, home to Africa’s most magnificent animals and wildlife. Join Simba – the lion protagonist – on his journey of self-discovery from childhood to adulthood and learn essential life lessons. This is one of Disney’s most beloved films to date, and for excellent reason. Simba’s adventures, along with other characters throughout the film, will keep your child interested right till the very end.

This simple film filled with animals highlights the relationship between man and nature and will take you back to your childhood. Based on the work of Rudyard Kipling, The Jungle Book is another classic that your child will fall in love with. As Sher Khan, the tiger chases Mowgli; he learns valuable lessons along the way before he finally finds his identity. As your child tries to keep up with Mowgli and his animal friends Bagheera and Baloo, watch him grasp the importance of family, friends, loyalty, and courage through this stunning musical.

The Prince of Egypt is a gripping adaptation of the book of Exodus in the Bible, where God calls Moses to lead the people of Israel out of the wicked nation of Egypt, where they are tortured as enslaved people. In the film, as the Egyptian prince Moses discovers that he is a Hebrew with Jewish roots, he pleads with Rameses to let the Israelites go. However, when the pharaoh denied his request, there were various plagues sent upon the people of Egypt. This musical is exceptionally captivating and introduces your Child to Egyptian culture and world history.

This is one of those films that doesn’t need any introduction because everyone has watched or heard about it. And if you or your kids haven’t watched this famous film yet, don’t delay it any further! Frozen is a Disney animated musical movie released in 2013 and took the Disney world by storm. The story of two sisters – Elsa and Anna – in Arendelle shows how true love is not necessarily just a romantic concept. These two sisters have the purest love and will stop at nothing to save each other.

Annie is a comedy-drama musical film that depicts the life of Annie, who is an optimistic orphan girl. The film is set during the Great Depression and brings out the themes of family and hope, among many others. The story of Annie is a universal one, and it shows how a little orphan girl goes from rags to riches simply because she does not lose hope no matter what. This musical movie is encouraging and will show your child many character strengths. Many critics have called this film one of the greatest musicals, and it is definitely worth watching with your family.

Mary Poppins is a musical that many people will vouch for. This 1964 classic starring Julie Andrews is truly magical and one that you will not regret watching. Mary Poppins shows the importance of always being positive as she believed that despite how bad the situation might seem, there will always be something good to focus on. This is one of the many admirable qualities of the protagonist that is depicted throughout the film. Your child will have several things to take away after watching this movie.

Willy Wonka and The Chocolate Factory is one of the most heartwarming musicals. A few years later, another musical version is Charlie and The Chocolate Factory, which is equally delightful to watch. These musicals are based on Roald Dahl’s book, and we would recommend everyone watch them at least once in their lifetime. It speaks to people of all age groups and brings out the themes of poverty, greed, gratitude, and, most importantly, family bonds. We are taken to Charlie’s world, where we see his parents struggling to earn end’s meat and yet how grateful and caring everyone in his family is. This humility and love for his family help Charlie to win a whole chocolate factory in the end. Your kids will learn a lot of important life lessons through this story.

Now that you have the perfect list of musicals to watch with your child switch one on! We hope your child will learn something from these musicals that will stay with them for a lifetime. Discuss the movie with your child after watching it and talk about the values it portrays. Ask your child what they have learned from the film, and don’t be surprised when you get some pretty interesting answers!