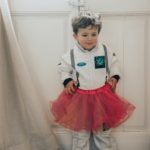 Raising Kids in a Gender-Neutral Environment

Ever wondered if your kid likes being who and what s/he is? Or if they ever wished to have been born as their opposite sex, either in the form of body, heart or soul? If that is the case, then it becomes very important to introduce them to the concept of gender sensitization very soon!  The good news is that this outlook is changing gradually over time. People nowadays are making their own names and fame in society, based on their skill set and hard work. This has no relation with their genders.

In today’s world, almost every individual is labeled to have a particular set of prejudiced qualities. Such taboo is common to be observed everywhere. This taboo is present in the world.

Fortunately, many people are slowly becoming aware of this crisis. And this is the reason why they practice gender sensitization to change the way their sons and daughters are brought up right from the start. You might want to incorporate such values that are not biased by gender bigotries.

How to balance out your kid’s belief from the gender-biased society?

Wanting your child to not promote gender stereotypes and to be a part of the future, you must try to incorporate the following points in your kid’s life. Stay tuned for more tips!

Level down the significance of a gender

As a responsive parent, you must make sure to free your kid from the gender norms imposed upon them by society. Your kid will grasp those things first which you as well as people around them say while interacting. Therefore, it is very important to choose your words wisely! Your wording around a child is important every step of the way. Creating stereotypes and implementing orthodox thoughts amongst them based on their gender can prove to be hazardous for them.

If you really wish to eradicate the concept of gender bias from your child’s thoughts, then one of the most sorted ways is to encourage gender sensitization by communicating directly with the child on the issues of gender inequalities. You must teach regarding such concepts right from an early age. Understanding such taboos is very important so that they know about the working of the world and also about the sexist structures where we reside.

If you start from the beginning of their age, such conversations will impact your kid even more. This way it would become prevalent to them that the world is based on a stereotypical culture and not on inherent individualism.

Toys aren’t gender-biased right? Research shows that both genders show a preference to play with toys that are by default chosen for them when they are around nine months old.

Usually, such behavior is observed amongst them when parents reward and initiate stereotypical playthings based on their biology. The choice of toys that you offer to your kids is crucial for their development and well being. Starting from the beginner’s level, one toy is enough to shape their psychological and physical development.

Many times it is observed that by using a specific set of toys, one gets a vision to structure their career interests and cognitive abilities too. With their favorite toys, your child will learn skills. There are many games like the Board and block games that are also known to teach them specific spatial skills and numerical counting, while other toys help them to understand and nurture their current skills.

Educate your Child about the “Blue and Pink” Color Stereotype

It isn’t surprising to have noticed many parents trying to decorate their baby’s room based on their gender.

In general, the colors- Pink and blue are primarily regarded to distinguish and characterize such matters. Growing kids witness a gender-specific color since childhood. Such representations are mostly enforced upon them by their parents. As a result, they tend to accept such representations without questioning the norms of society.

Their way to experience the world with equality gradually decreases once a child’s brain is biased for such shades. Don’t let your You must make sure to not let your kid fall into that trap. Instead of that, try to open up their world to enjoy all types of hues equally.

Target your Kid as a Human Being

According to several recent studies, human beings actually have a mix of characteristics from both genders, despite having gender differences.

Undoubtedly, the physical appearances of both genders vary in most cases. But in reality, the mindset of every individual is nurtured into us from the beginning of our learning stage in life.

As a concerned and responsible parent, you must try to teach your child about gender equality without distinguishing genders!

Perks of being raised in a Gender-neutral environment

One can have a huge impact on their life if they’re raised in a gender-neutral environment. Such a person would probably have a broader range, as they were exposed to more. Since such people aren’t restricted by gender identity, they ought to develop a talent or skill in other areas that might have only been considered for the other agenda.

Talking otherwise, it isn’t completely possible to raise children in a gender-neutral environment because many situations make us constricted by being gender-biased.

Undoubtedly, gender bias in society is quite common and like a viral infection, which requires a lot of time to fix. Only if we try to improve the social perspective of the society, then only gender sensitization will come into action. For this, it is very important to be a part of this revolution so that our future generation lives without stereotypical boundaries.

You must take care not to let your child fall into the hazardous trap of gender bias. They must understand that dividing people based on their genders isn’t the right thing to do.