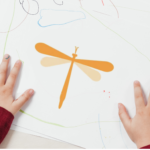 Home » Activities for Kids » How to Draw a Dragonfly?

How to Draw a Dragonfly?3 min read 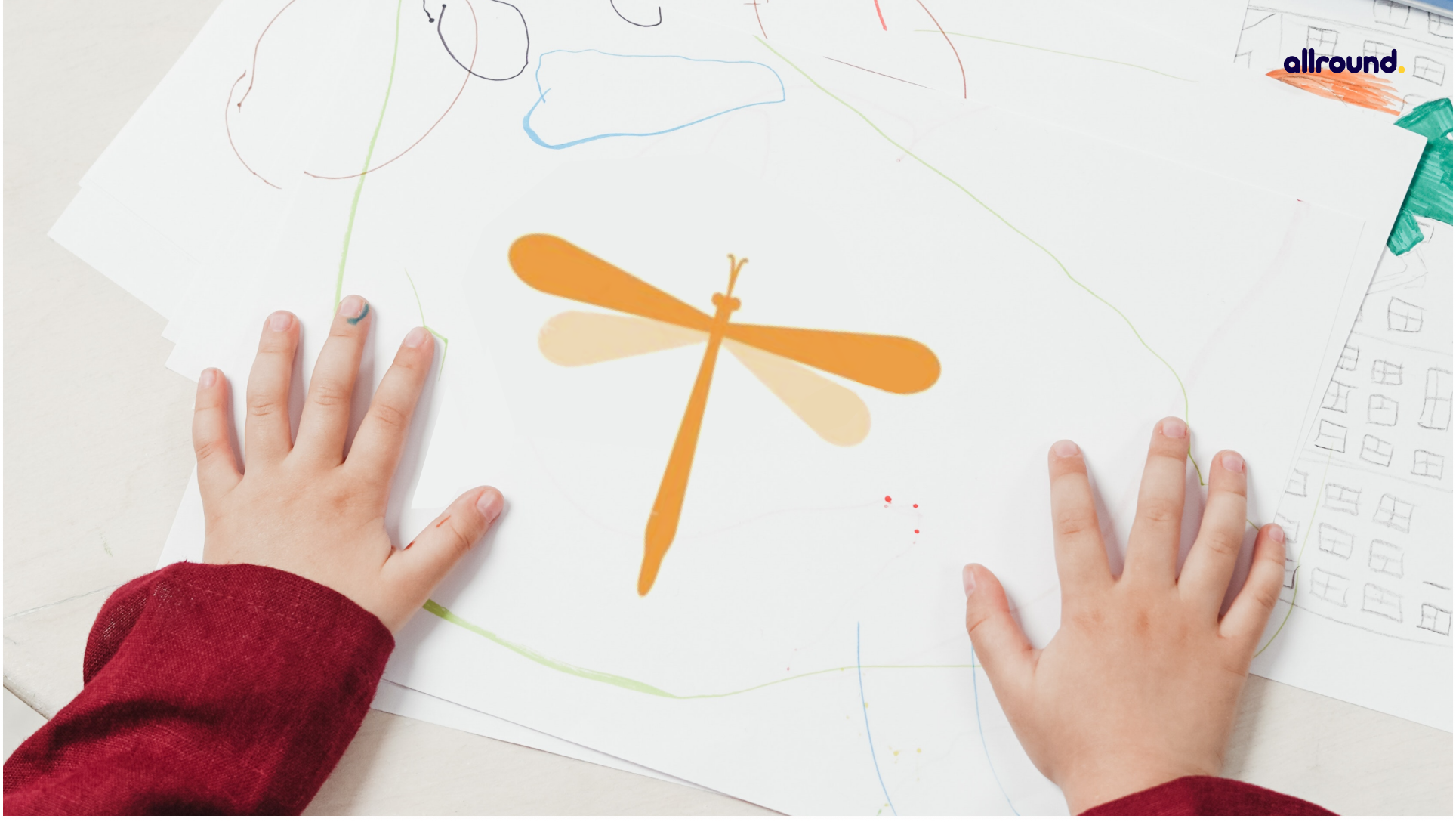 How to Draw a Dragonfly?3 min read

Have you seen dragonflies flying around in gardens? Aren’t they so fascinatingly pretty! But did you know that dragonflies are not as innocent as they look – they are actually predatory insects! We are here to help your child to learn how to draw a pretty dragonfly with this easy step-by-step tutorial. However, before we start drawing, we want to tell you a little more about dragonflies to give you a better idea of how they look and what kind of creatures they are.

What is a dragonfly?

A dragonfly is an aerial insect that has a long body, large beady eyes and transparent wings (that could even have colored markings). Dragonflies are predatory insects and are usually found around freshwater habitats around the earth. They are extremely agile fliers and also one of the fastest insects on the planet. There are around 3,000-5,000 species of dragonflies in the world (or more)!

An adult dragonfly basically has three distinct segments – the head, the thorax and the abdomen. Dragonflies have big round heads with small antennae. On the head, a dragonfly has two large beady eyes which contain thousands of tinier eyes! This helps them to see in different directions as well as contributes to their good eyesight.

Did you know that:

Now that you know much more about these super cool insects, you will have a better understanding of what you are drawing and how to go about it. For kids who are interested in drawing a dragonfly that looks more realistic, this is the best tutorial to follow.

What materials will you require to draw a dragonfly?

The materials that are needed to draw a dragonfly include:

How much time is needed to draw a dragonfly?

It may take kids about an hour to draw a dragonfly.

How to draw a dragonfly?

Like we always mention in our how to draw tutorials, teach kids about guides and using them as a reference point when they draw. When children make their own dotted lines horizontally and vertically on their drawing paper, it will help to give them an easy reference to follow. They can always erase the dotted lines later on. If your kids don’t want to make their guide with pencils markings, they can simply fold the sheet horizontally and vertically; this will create light crease lines in the drawing paper which works in the same manner as dotted lines.

Now that we are all set, let’s draw!

Step 2: Next, draw the thorax and the head.

Step 3: Draw the two lower wings. Try to make them as symmetrical as possible.

Step 4: Now draw the two upper wings. These should be symmetrical too.

Step 6: Add details to the dragonfly’s head and wings.

Step 7: Draw curved veins on the dragonfly’s wings and lines on its tail.

Step 8: Outline your dragonfly with a black marker or a dark crayon. Color the dragonfly drawing and the background too.

Step 9: Use your crayons to add some more details to your dragonfly for shadows and shine.

You have just drawn a pretty realistic looking dragonfly! Encourage your kids to go ahead and add this gorgeous dragonfly to their drawing collection.

How to Make Swords and Shields?

How to Make a 3D Model of the Skin?