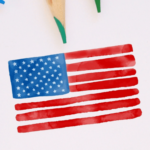 Home » Activities for Kids » How to Draw the American Flag?

How to Draw the American Flag?3 min read 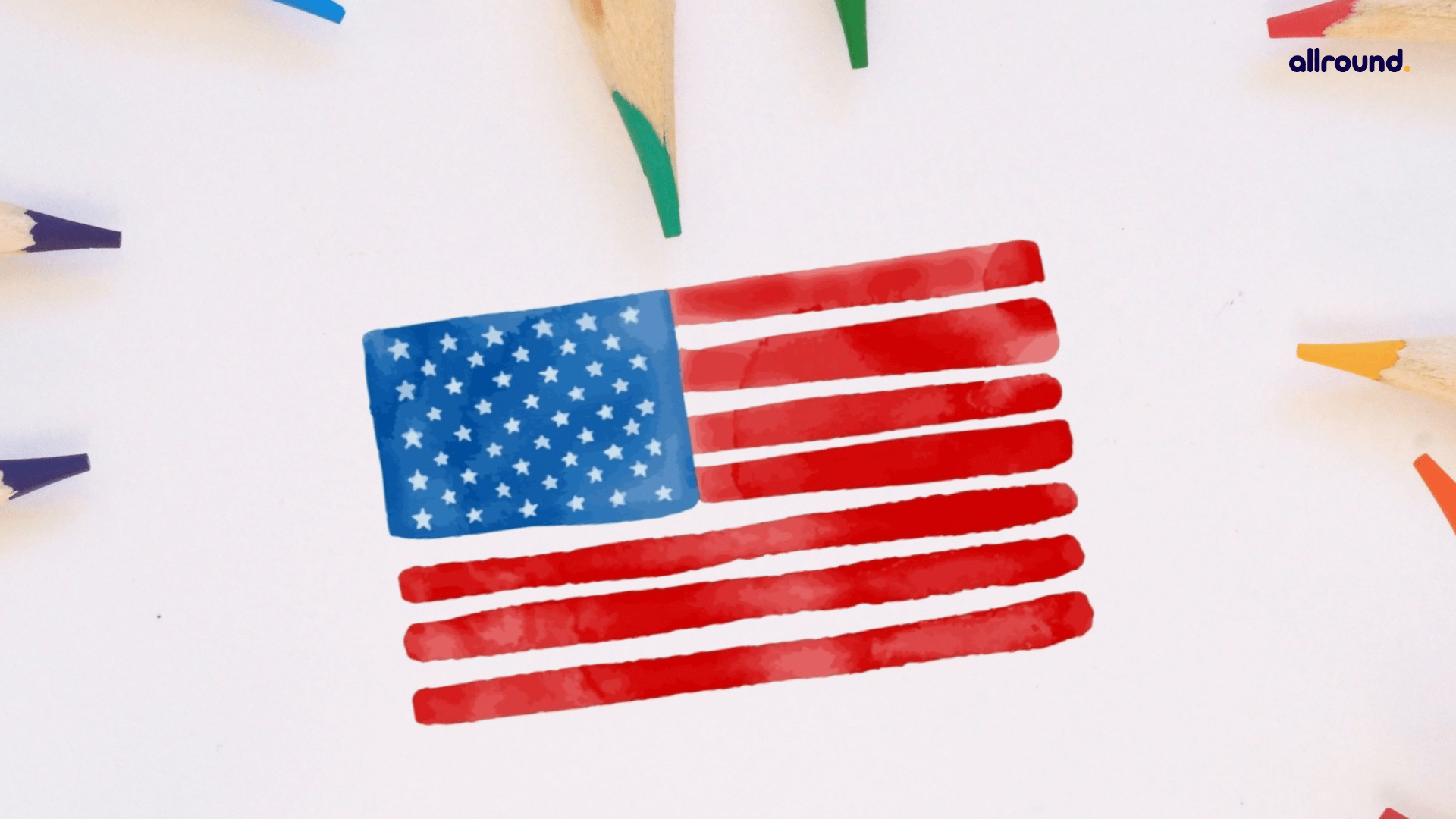 How to Draw the American Flag?3 min read

You might have already noticed what the American flag looks like. It is a symbol known worldwide. For the American people, it has been the inspiration for various holidays, songs, poems, books, artwork and so much more. It depicts the nationalism of all Americans. It also displays their rebellion, and everything else in between!

The flag of America is enough to tell the story of its history itself.
In historic words, it represents the freedom, dignity, and true meaning of an American citizen.

Not only does it tell the Americans about their history, but it also emphasizes how the flag supported them and gave them strength during the war times, sad times and also in times of their greatest joys and triumphs!

The flag that you see today wasn’t exactly the same as earlier. It went through many variations before becoming the flag that you all know and love. Being particular about the dates, it came into existence on January 1, 1776.

In case you use them with good ventilation and add extra paper underneath to protect your tables, they’ll add much more benefit to your drawing.

According to our estimations, you may require approximately 30 to 40 minutes in order to draw the American flag. But worry not! Once you cope up with the time span, the gap will decrease eventually.

How to make an American flag?

Step1. Draw a stick like structure as shown in the picture. After drawing the stick, add the base as well as the top part of your flag’s body.

Step2. Add a curve to your lower base. This will give a folded effect to your flag.

Step3. Make a square shaped box on the top right corner of your flag.

Step4. Add horizontal lines to the rest of the portion, except for the square region.

Step5. Add stars to the square region. Be very particular with the pattern of your stars. They should be similar to the original pattern, in order to make your drawing look more realistic.

Step6. Finally, you are left with the coloring part! Take out your colors and let’s begin. Fill the colors as you might observe in the original American flag.

Step6. Color the horizontal striped portion with red color. Remember that you need to leave space between every horizontal line that you create. One line should be red and the next one- white. Follow this pattern.

Step7. For the square region, let the stars remain white. But color the rest of the portion with blue color as shown in the picture.

We hope that after reading this instructable, you’ll easily be able to draw the American flag on your own. After the drawing part, you’ll definitely gather a sense of pride, compassion and patriotism towards the country as well as the flag!

Just make sure to practice regularly and be very particular with the colors to be used as well as the textures and shades to be followed.